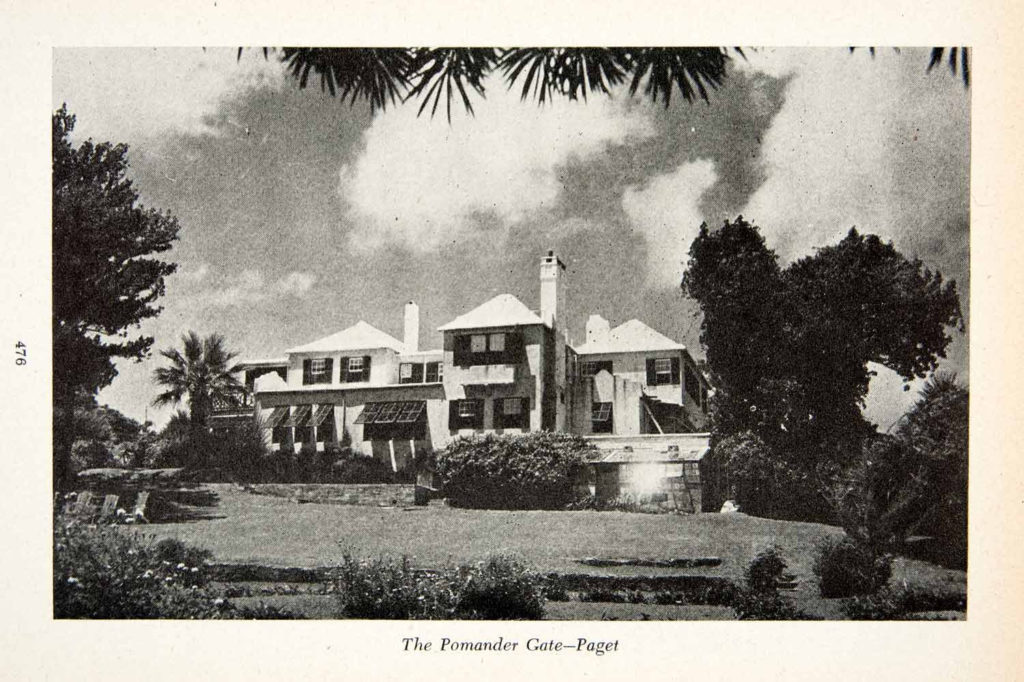 For almost fifty years in the early 1900’s Pomander Gate Guesthouse on Pomander Walk (now Pomander Road) served the island as a rather exclusive accommodation for the island’s visitors. It was owned and operated by two colorful North American gentlemen whose names were Jay Lynk and Howard Buck. According to Alice Sharples Baldwin’s writings, the facility was “the smartest, most exclusive, most amusing place to stay on the island and boasting incidentally a superb cuisine.” In her account, Sharples Baldwin tells of the time when Lady Nancy Astor while visiting Bermuda had to receive special permission from Howard Buck himself to enjoy a meal at the guesthouse because the restaurant was reserved for Pomander Gate guests only and the restaurant did “not take outside people for meals.”

By the 1960’s, the guesthouse had changed ownership, added a swimming pool, two tennis courts and offered memberships to local residents. There were a number of residents who became members and enjoyed the use of the guesthouse amenities including if not especially its tennis facilities.

In the early to mid-1970’s a group of interested members met at the Botanical Gardens and agreed to the purchase of the property. They began with demolishing the by then deteriorating guesthouse and built the clubhouse and four townhouses next door. The townhouses were sold to help to finance the endeavor and the pool remains to this day. The members went on to form The Pomander Gate Tennis Club Ltd. – members were (and still are) encouraged to purchase shares in the new company. A Board of Directors was elected to oversee the club’s operations.

Over the years, the Club was well positioned to take advantage of the exploding popularity of tennis on the island. Courts three and four were added in the early 1980’s while center court was added circa 1996. The club enjoyed a good mix of local and ex-pat members. While courts 1, 2, 3 and 4 have for many years been equipped with metal halide lighting, LED lights were fitted on courts 1 and 2 in 2021.

After the economic crisis in 2008, the club began to experience a decline in membership, in particular ex-pat members who were leaving the island due in no small part to reduced employment opportunities. Adding to PGTC’s challenges, the popularity of tennis itself was in decline in the US and PGTC was not spared. However, previous years of prudent financial management helped the club weather the ensuing difficult years.

For the most part, membership numbers remained somewhat flat for the next eight years or so. 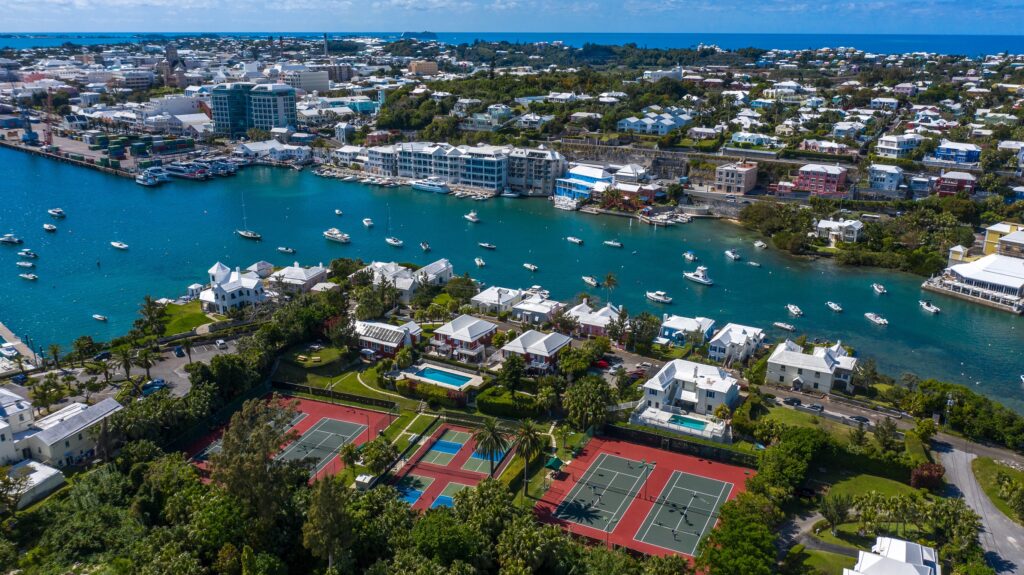 In 2016, PGTC followed the example of many US tennis clubs by introducing Pickleball as an option for its members and as a way to possibly attract new members. The club converted center court to a dual-purpose Tennis/Pickleball court by adding Pickleball lines thus creating two Pickleball courts, one on either side of the tennis net. At first, the new-fangled sport was allowed play on Monday through Friday, 8:00am to 5:00pm only. The first recorded Pickleball booking was 3rd October, 2016 but it took a while for the sport to gain traction as only a small handful of members played once per week. It wasn’t until 17th January 2018 that a second weekly booking was added and by May that same year, the club saw as many as eight members playing consecutively. Soon afterwards the interest grew exponentially and PGTC became the ‘home’ for Pickleball in Bermuda. New members were joining from across the island, so much so that by April, 2019, the club converted center court exclusively for Pickleball by creating four Pickleball courts. LED lights were fitted in 2020.

While Covid 19 ‘stalled’ activities at PGTC and throughout the world during 2020 and 2021, the club experienced an interest for new memberships in both Tennis and Pickleball, so much so that at the time of this writing, total membership numbers continue to increase. It seemed too that the Pandemic had the benefit of encouraging people to get outside and exercise more by getting on the courts.

“It was the worst of times – it was the best of times”. Charles Dickens